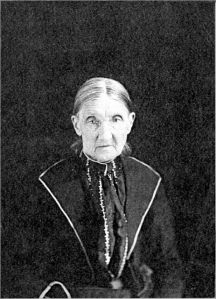 There’s a new way to approach the healing of trauma.  Collective trauma happens to groups of people through war, disease, terrorist attack, natural disasters, mass shootings, and attempted genocide.  Transgenerational trauma takes place in groups historically over generations – such as those whose relatives suffered during the holocaust.   Effects are specific:  fear, rage, depression, survivor guilt, and physical responses in the brain and body that can lead to illness and a sense of disconnection or detachment.  Collective trauma can be transmitted down generations and throughout communities in such possible ways as poverty, alcoholism, depression, sexual abuse, etc.

Dr. Maria Yellow Horse Brave Heart is one of the pioneers of applying the concept of historical trauma to native people.  She writes, “Genocide, imprisonment, forced assimilation, and misguided governance have resulted in the loss of culture and identity, alcoholism, poverty, and despair.”  She says she was looking at native historical photos at one point in the late 1970’s when she made the connection between indigenous people and Jewish survivors of the holocaust.  Historical trauma is cumulative emotional and psychological wounding across generations, including one’s own lifespan, because everything up to a minute ago is history.  Brave Heart identifies four necessary steps for healing:  confronting trauma, understanding it, releasing the pain, and transcendence.

Read the whole amazing Yes! Magazine article about this innovative approach to heal ourselves and our society from our past.  It’s a gentle method  – and a world apart from the shaming and blaming of the old paradigm.

The photo above is of my Grandfathers Grandmother, Silvia Bull.   She was married around 1850 in America during the time when Native Americans did what they could to hide their ancestry, so we don’t have a lot of information about her life.

2 responses to “Healing for transgenerational trauma”